The GPS Hunt was started 5 years ago, as a training and driver development program for our members. The concept was to develop members driving skills, navigation skills and encourage team work, under the watchful eyes of our marshals in a controlled and safe environment. Now in its 6.0 version, many of our marshals are veterans of these events.

The area chosen was Sweihan, over approximately 130 sq. kilometers. The number of navigation points has been increased to 26 in varying areas of terrain. each flag had different points so teams had to work out the "risk vs reward“ Teams were led by advanced members or above and had to have at least 1 newbie member with them for diversity. As such, the track to be chosen was fairly easy for the safety of our newer drivers since many had families with them. 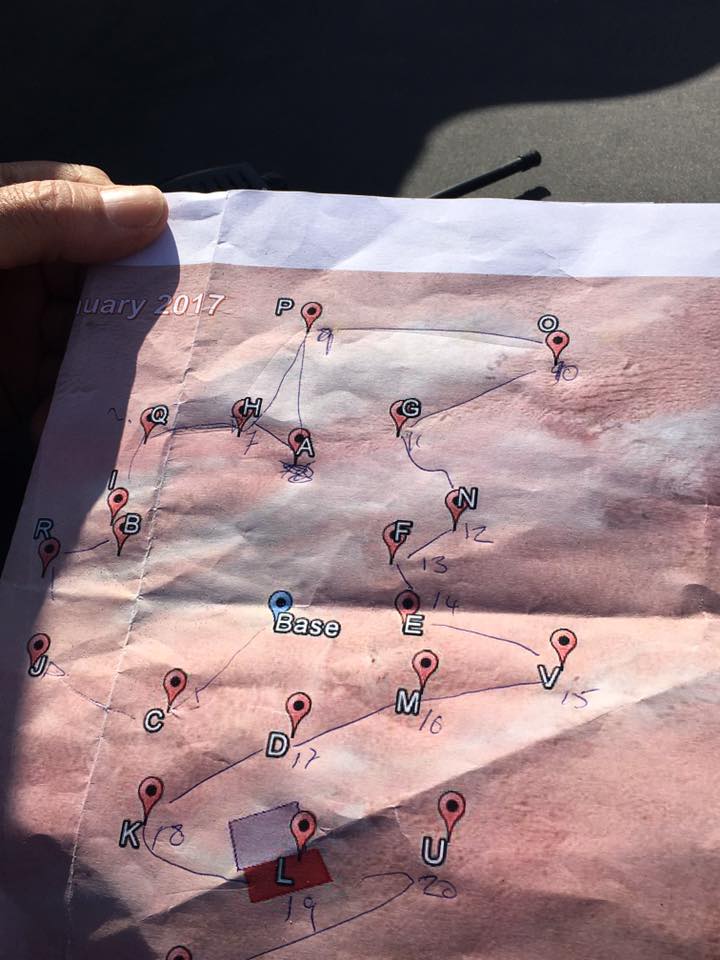 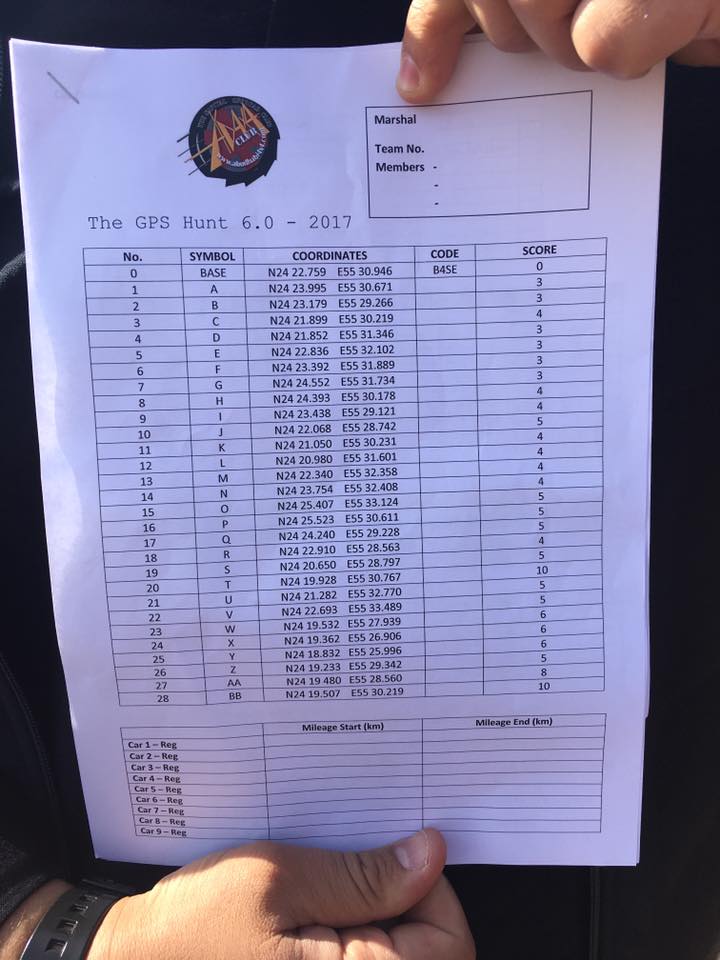 On the day 65 cars showed up totaling 9 teams of between 4 and 6 cars plus support. After a full safety briefing, team leaders were given the maps and list of waypoints in different GPS coordinates format, and it was now up to the teams to decide how to plan their day. The rules that had to be followed be the members included restricting the number of cars per convoy to 3 minimum, team members have to stick together for the whole duration of the event and finally a 6.5-hour time limit for the event.

Base camp was quiet but go busier as more friends and members joined us with about 90 being present at the end. Our recovery teams were mostly on standby as all drivers did well and everyone returned to base in time, safely, smiling and with a great sense of accomplishment.

All teams managed more than half the flags, one of them even reached all flags covering 126km, and the following 3 teams were split by 10 points, with two teams tied for third. Our only major item of note was a faulty water pump and a passenger having motion sickness.

A great and successful event and looking forward to the next great GPS Hunt event.